So much has happened in the last couple of days!  I’m just going to do a super-quick blog post, and then I am back to writing!

Speak of the Devil on Nook

I genuinely don’t know how this was missed on publishing day back in January, or when I did my website redesign, but I realized TODAY that Speak of the Devil is not on Nook.  I can’t fix it right this moment, but I will get it formatted and set up on Nook tonight, so it should be available sometime tonight or tomorrow morning.  Stay tuned!

Grey by E.L. James….or should I say Midnight Sun by Stephenie Meyer

I cant figure out why Grey is huge news to the FSoG fans all over the globe.  Look, I dont care who reads it.  It’s not my thing, but I don’t shame people for their reading preferences.  I read shit I am SURE you’d all think is daft.  That’s not why I want to comment on this.  FSoG was Twilight fanfic, so, it’s only natural that we would get a retelling of the same shit from the guy’s point of view because Stephenie Meyer already did it.

Yes, Midnight Sun.  If you haven’t read it, it’s kind of awesome.  Remember the scene in Twilight when Bella comes into the biology class and drops anchor in the seat next to Edward?  Remember how he was all weird and sniffy?  In Midnight Sun, we get to see inside Edward’s brain during this scene, AND HOMIE WAS FANTASIZING ABOUT SLAUGHTERING THE ENTIRE CLASSROOM!!!  As far as plots go, I think I would have preferred Midnight Sun to Twilight, but alas, Ms. Meyer never completed the manuscript.  What she had written somehow got leaked, and rather than finish it, she just made what was done free for the taking.  You can get it here, right on Meyer’s website.

So, yeah, when James announced Grey, knowing that FSoG was Twilight fanfiction, it was only natural for her to run with that idea, too.  *shrug*  It’s a unique idea.  It only makes sense that she’d go there.  I don’t know, I guess the news just wasn’t that stunning to me, but, man, chicks the world ’round are freaking the fuck out over it.  But hey!  At least they’re reading!

I haven’t commented on this online yet simply because I find the little bit of hate that’s circulating to be especially infuriating.  I have found myself thoroughly disgusted by the reactions of a few people close to me and it’s been a little disappointing.

Here are my thoughts on the subject.

First, she’s gorgeous.  The entire time the world has been waiting for the big reveal, I just couldn’t picture Bruce Jenner as a woman.  I was skeptical and quite honestly, I kind of felt bad for the overwhelming amount of mean shit that was going to be said.  Now that I have seen her, I have to give it up to her.  She looks good!  And I was pleasantly surprised by the insane outpouring of support for her all around!

My thoughts going out to the small-minded fuckers roaming this rock:

Guys, if you’re born a dude, and you know you’re meant to be a dude with every fiber of your being, would you be happy or okay with it if you were forced to live as a chick?

Ladies, if you’re born a chick, and you know you’re meant to be a chick with every fiber of your being, would you be happy or okay with it if you were forced to live as a dude?

No, you would not.

So, someone pleeeeeease explain something to me.  Why in the actual fuck do any of you have a problem with the fact that this dude, who knew with every fiber of his being that he was meant to be a chick, decided to correct a freak accident of nature so that at 65 years of age, she could finally be happy in her own skin?

For the pious in the bunch, check your good book, peeps.  Last time I read it, I am pretty damn sure the scriptures state over and over and oooooooover again that only your God can judge any of us mere mortals.  It’s His job and His alone.  Glass houses, people.  Just sayin’.

One more note.  This:

Per ESPN, there is no such thing as a “runner up” for this award.  This was just assholes dredging up assholery.  I know that’s not a word, but, do you really think that this guy wants his name tied to a campaign that ends up making him a martyr???  He’s far from being forgotten about.  The dude was on Dancing With the Stars, for fuck sake.  C’mon!  If that were ME, I’d be telling you all to fuck off and not drag me into your shit pile.

Whatever.  Props to Caitlyn Jenner for having the courage to become the real you even though the world has known your false face for over half a century.  Pardon the pun, but, it took some BALLS to do what you’ve done given the fact that you’re a part of one of the most public families on the face of the planet.  Brava!

Confession:  I am thirty-four years old and have been married and divorced twice.

The first marriage, we were just simply too damn young.  I was eighteen when we got married and by the time we reached our mid-twenties, we had just fallen out of love.  We got married before either of us was done becoming whoever it was we were meant to become.  Of course, there were lots of issues that led to our split, but, ultimately it was a completely mutual decision and we remain friendly to this day.

My second marriage, however, was a fucking nightmare.  I don’t need to get into details here, but, let’s just say there’s no love lost there.  Aside from my little man cub, Ryker, I maintain that my second marriage is the only regret I will take to my grave.  I genuinely wish I hadn’t met him.  But, if I hadn’t, I wouldn’t have Ryker, so….

I have been (re)divorced for a little over two years now.  He moved out in October 2012, three weeks after I published Burning. I filed in November, and shit was finalized by the first week in January 2013.  It was quick, but far from painless, and I was writing The Devil You Know while all of it was going down.

That divorce left me a little bit broken when it comes to guys.  Broken isn’t the right word.  Well, I don’t think it is, anyway.  Just a little fucked up about them, I think.  I don’t trust anyone.  I assume most guys are basically full of shit, an attitude that does’t do much for you when you’re out in the dating world.

I tried the online dating thing and it did NOT go well.  I learned that POF is where skeezy dudes go to virtually lurk, and interactions with the guys on there mostly leave me feeling like I need to take a scolding hot shower.  With hydrochloric acid.  And rock salt.  Ew.

I even tried dating apps – Tinder, Meet Me, Bristlr, etc. – and although I put right on my profile that I was just looking for new friends, I almost always ended up with an unsolicited dick on my phone.  Don’t get me wrong, I love boys.  I am about as boy crazy as you can get without being a gigantic whore about it, but trust when I say I’ll let you know if I want to see your junk.

I deleted all the apps and disabled my profiles online.  There are several reasons for this, but a big part of it is it’s killing my romantic buzz.  A romantic buzz I need for writing Dance With the Devil, Bad Wolf, and my two untitled WIP’s.

To counteract the effects the dating world was having on my romantic juju, I have been binge watching romance movies.  Not to steal ideas or anything, but just to boost the girly part of my brain that is supposed to be daydreaming about being swept off my feet and grand gestures.  My brain hasn’t worked like that in a few years, and I am desperately trying to give it a jump start.

I started with the mushy-gushiest shit I could find.  Nicholas Sparks.  Now, I give it to the man.  He writes romance well.  I watched The Vow, The Notebook, Best of Me, Safe Haven, Message in a Bottle, and Nights in Rodanthe.  After going through and watching those, the one thing I can say is all his stories are very formulaic, to the point of almost predictable.  However, they’re definitely good stories and I get why his books are so damned popular.

Anyway, this romance movie binge-watching has been dubbed my Romance-athon.  For now, it continues.  I watch.  I jot notes.  The more I watch, the more notes come, and entire scenes are popping up left and right.  It’s not doing much for my own romantic endeavors, but, it’s working out very well for my characters.

That’s it for today, my loves!  I am off to get all day-jobby and between calls, I am going to get in as much writing as possible.  I was able to bang out about two thousand words yesterday in Dance and I am going to go for broke today!  Oh, and the super-quick blog post ended up being over 1600 words.  I think I should get credit for that.  *wink wink* 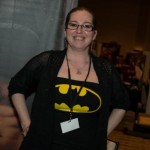 Update on TDYK Progress and the Dreaded What-Ifs

Okay, the reviews from NIGHTSHADE are rolling in and I’m heaving a huge sigh of relief…